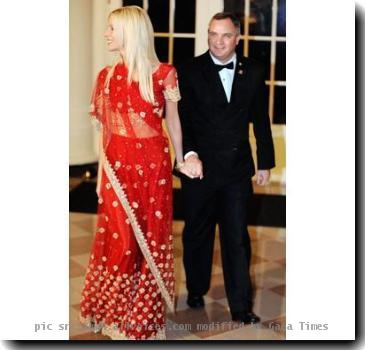 Washington- It’s really hard to believe how someone could crash White House party deceiving the most tight security. But a Virginia couple, Michaele and Tareq Salahi, managed to slip into Tuesday night’s state dinner at the White House, even though they were not on the guest list.

President Barack Obama was not in danger since the party crashers undergone the same security screening– the magnetometer screening, for weapons as the 300-plus people actually invited to the dinner, in honor of Indian Prime Minister Manmohan Singh.

Salahis were well-known in the Virginia horse-country set. They were part of the cast of a reality show called “The Real Housewives of DC”.

The Secret Service learned about the security breach Wednesday, after a media inquiry prompted by the Salahis’ online boasts about having attended the private event, sources said. 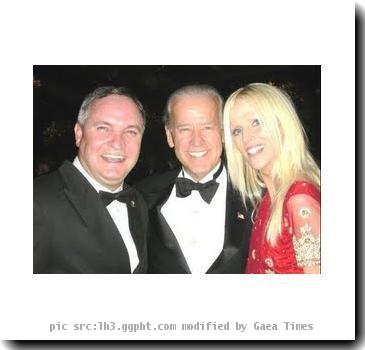 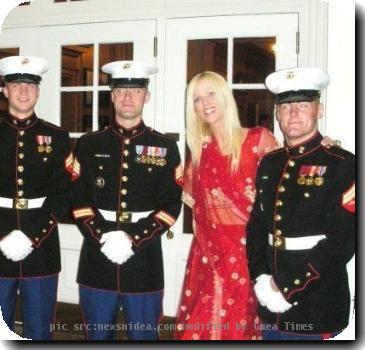 Though the motive of the reality TV couple sneaking into White House state dinner, is not clear yet, investigation is going on. The Secret Service has begun scrutinizing its own security procedure to find out pitfall, if any.

Watch out the video here.

WASHINGTON - A 1,800-year-old bathhouse was discovered prior to the construction of a men's mikveh (...

MELBOURNE - In a bid to discipline his young sons, a Brisbane father made the kids drink household c...

Jolie doesn't want her film to be 'too heavy'

WASHINGTON - Angelina Jolie has said that she doesn't want anyone to be put off by her film by m...

WASHINGTON - Astronomers have discovered a unique and exotic star system with a very cool methane-ri...

WASHINGTON - As dozens of images taken by full-body scanners at airports leaked on internet, the US ...

WASHINGTON (GaeaTimes.com)- If Sarah Palin indeed goes ahead with her 2012 U.S. presidential bid...

LONDON - An abundance of moles can be a matter of embarrassment to many, but scientists say people ...

How a drop of blood can reveal your age

LONDON - Researchers based in the Netherlands have reported a genetic signature for a person's age -...

CHANDIGARH - It's the old VAT 69 in a new bottle. The premium drinks brand has got into a new shape ...
Copyright© 2010 The Gaea Times